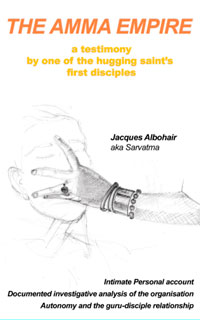 Amma, “The Hugging Saint”, Mata Amritanandamayi or Amrita, went from a simple Indian fisherman’s daughter in the late seventies to an international phenomenon worshipped by millions worldwide.

Jacques Albohair (aka Sarvatma / Ganga), who belonged to the initial inner circle of disciples in the early eighties, contributed to her early reputation as her first European representative and translator until he quit more than a decade later. He provides a captivating insider testimony of his life as an early disciple and of the development of the organisation from the simple “family business” to the “global empire” it has become today.

He delivers a detailed investigative analysis of the philosophy, the ethics, the communication, the practices and the reality of this sprawling organisation. He reveals the corruption and deception at the heart of the Amrita-system covering a wide range of fields: economic, fiscal, charitable, educational, sanitary, land and real-estate, ethical and spiritual, in words and deeds. He demonstrates how the guru herself is at the origin of the omnipresent ambiguities and doublespeak. The author’s close and intimate personal experience combined with quality testimony, documented evidence and a wealth of sources is nothing short of an eye-opener.

His critical review of the official biography, thanks to his hindsight and experience, is especially enlightening as it lays bare in simple and clear terms the reality of the person, her evolution and realisations.

As a lover of India and a believer of its ancient wisdom, he broadens the debate by clarifying common misunderstandings on some of the founding principles of Hinduism, and explores the criteria of the real spiritual master, of a healthy master-disciple relationship and the means to empower oneself when regaining one’s autonomy.

His book caters as well to admirers of India, to cult critics and to devotees in search of answers. In the wake of Gail Tredwell’s testimony, Amma’s former personal assistant for twenty years, “Holy Hell – A Memoir of Faith, Devotion and Pure Madness” published in 2013, this is the second major critical insider testimony on Amma and her movement.

Go to the Books page for links to purchase and / or download. 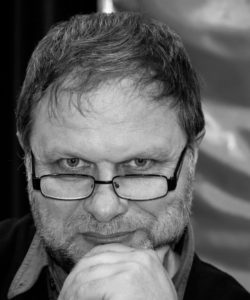 Jacques Albohair, French cum Swiss citizen, travelled to India, sometimes overland, yearly since the early seventies. This is when he met various masters and lesser-known yogis and his spiritual endeavour took a more definitive turn. In the late seventies, he had settled in India and was living the life of a spiritual aspirant. A few years later, he met Amma, the Hugging Saint, and decided to strengthen the devotional aspect of his journey with her. He was with her and a few early disciples even before an ashram or an organisation existed. With the others, he studied and practiced, but also spent all his time studying various religions and their mystics. Until some five years later, Amma sent him back to Europe to let her be known, to lay the foundations for her work and for her visits, and to hold together a string of groups of seekers and devotees in various countries. He organised her tours in Europe and when she visited, he was her interpreter. He served this way eight years until he strove to return to normal life as a layman. Notwithstanding the stir this provoked, he continued his service on a smaller scale before finally quitting a few years later.

After a period of personal, social and professional reconstruction, he settled in Geneva, Switzerland, and worked in the environment of NGOs and international organisations in the realm of development and humanitarian aid for nearly twenty years. Now retired, he continues to devote himself to those activities, albeit on a smaller associative scale. See Ushagram Suisse for more.

Having shed all formal and external forms of involvement in spirituality, his inner journey continues by letting its core principles find expression in his everyday life. “The Amma Empire” was written more than twenty years after having quit his ex-master and her movement, which gives a dispassionate and clear quality to his testimony.

Following are the preface, two excerpts and the table of content 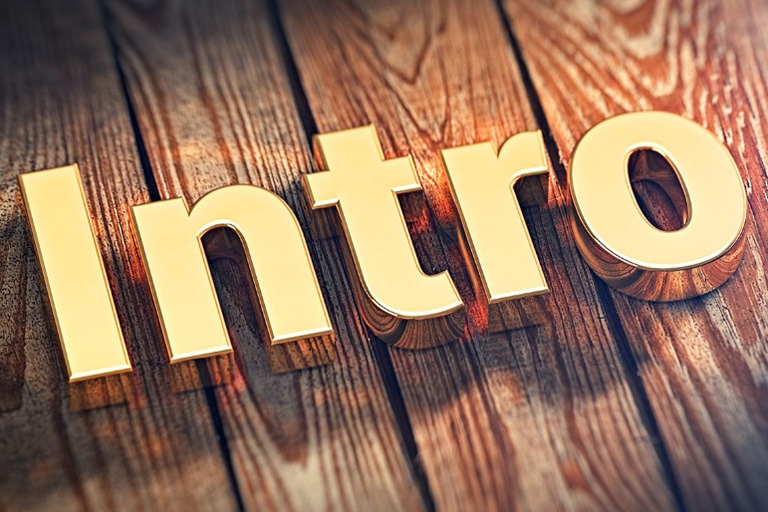 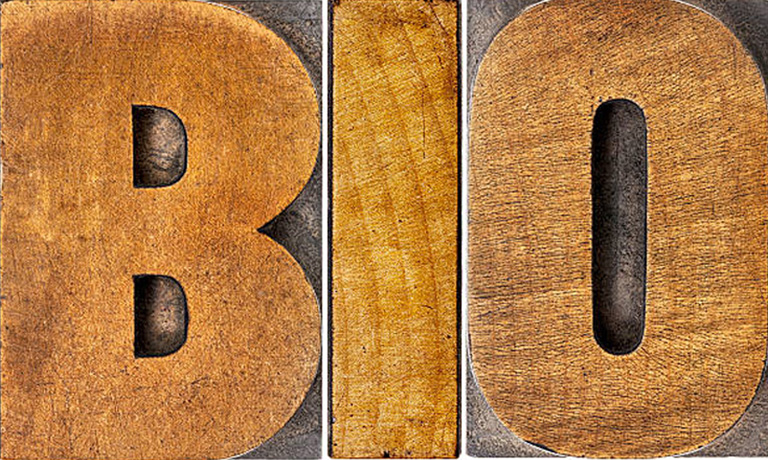 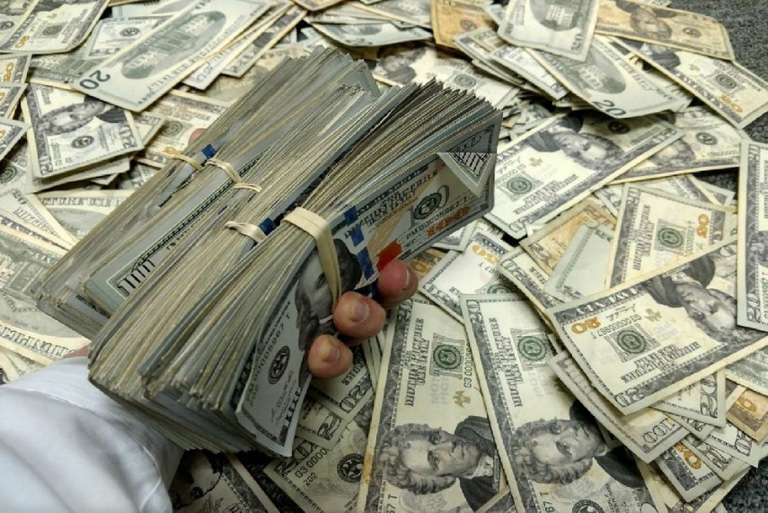 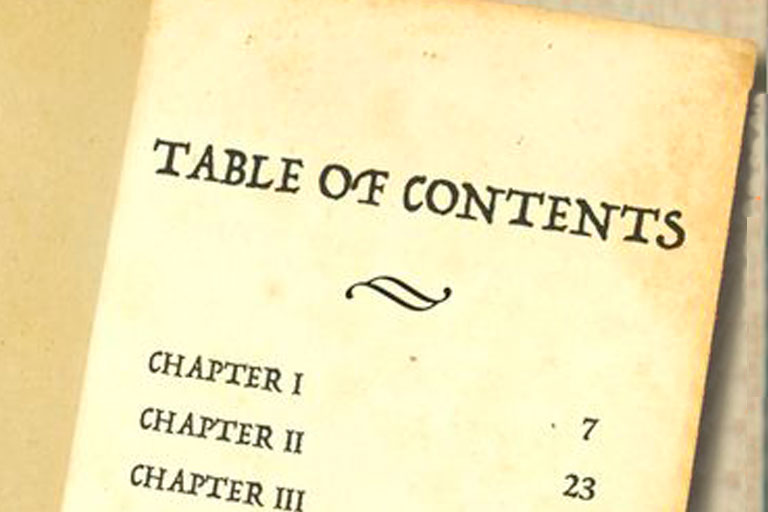 Excerpts from the introduction to the book

Critical reading of the biography

Thanks to the author’s hindsight and experience, his free interpretation of Amma’s biography is enlightening as it lays bare the reality of the person, her evolution and realisations with great simplicity and clarity.

The declared foreign revenue of organisations is available to the public on the Home Ministry’s website. They give a pretty precise notion of what has been done with donations from 2006 to 2019.

Here are the latest or highlighted posts. Access to the blog is via the menu, or here itself. 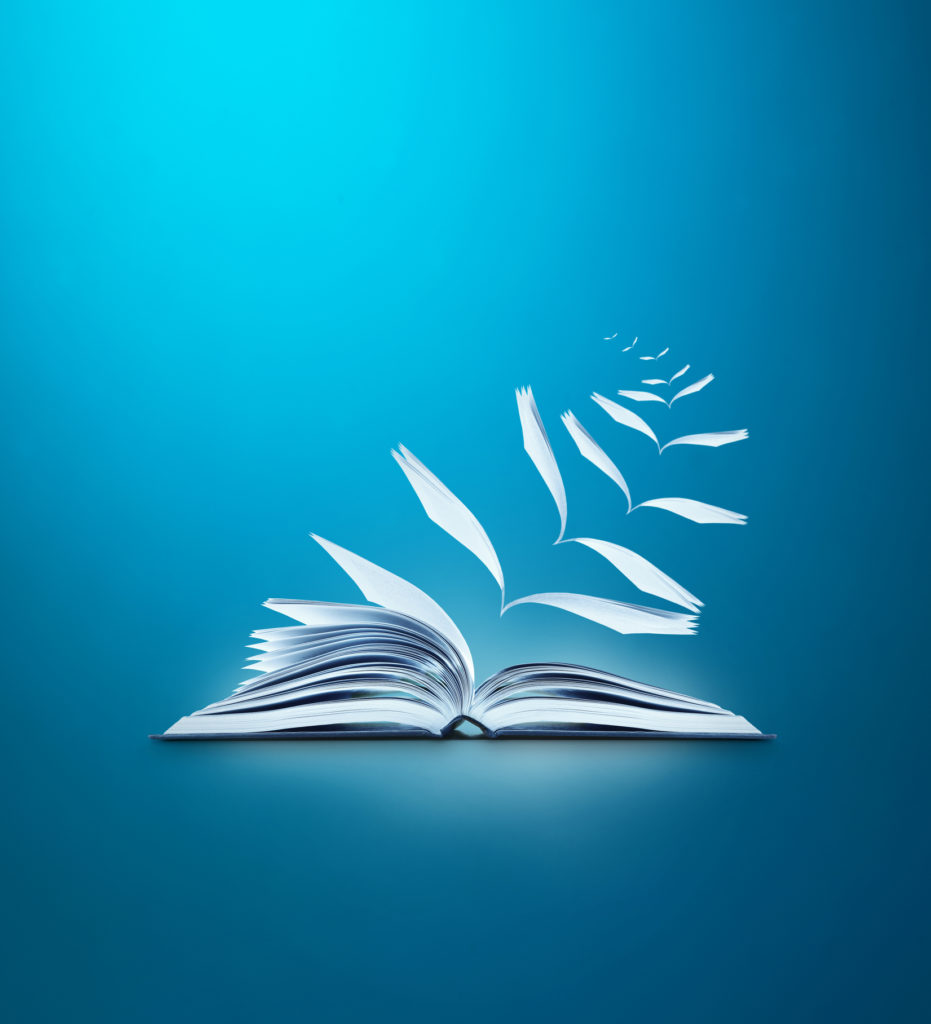 When I spoke to my close friends about writing this book, opinions were divided. (…) in the twenty-five years after having left the movement my focus was on living my present life, not on dwelling on the past (…) It is only when I went in retirement that I felt it was the right moment to pick up the thread of the testimony started years prior (…)  I felt no scruples about speaking out. I just needed to be true to my lifelong principle of truthfulness. (…) If it allows some to open their eyes and focus on their own inner richness, on their empowerment, so much the better. 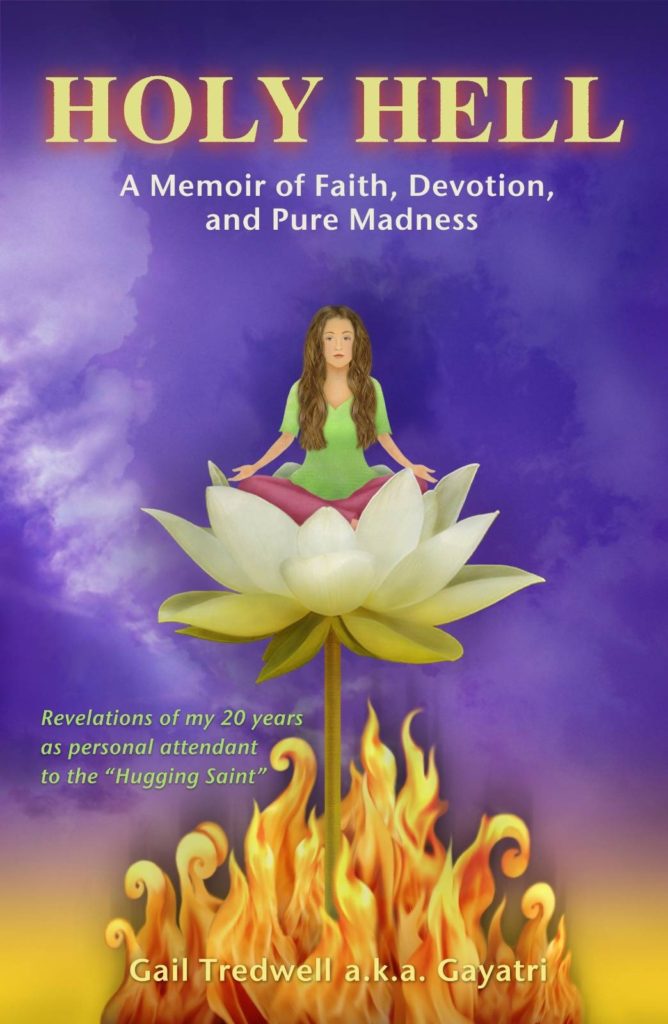 (…) I always felt I needed to support her testimonial but I didn’t feel ready to start with my mine. Nine years later, I have fulfilled my wish to be loyal to her voice, loyal to myself while speaking out the truth of our knowledge and our experience, our understanding of our ex-guru and her movement. (…) Amma lost in Gail a key element of her message to the world. The example that Gail represented was beyond all discourses. It is true that she was not free from faults. But whoever is, throw the first stone! In many ways, none of us from the first circle of disciples could ever have come close to her. (…) 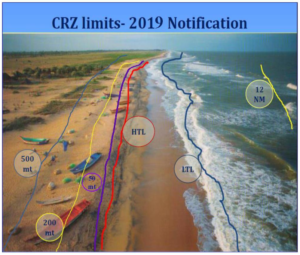 the sobering experience of reality

Does “CRZ” mean anything to you?
It is the acronym of Coastal Regulation Zone in India which is managed by the Ministry of Environment and Forests and an emanation of the Environment Protection Act, 1983, section 3.

Does “CRZ” mean anything to the Mata Amritanandamayi Math?
Not much. Let us see why… 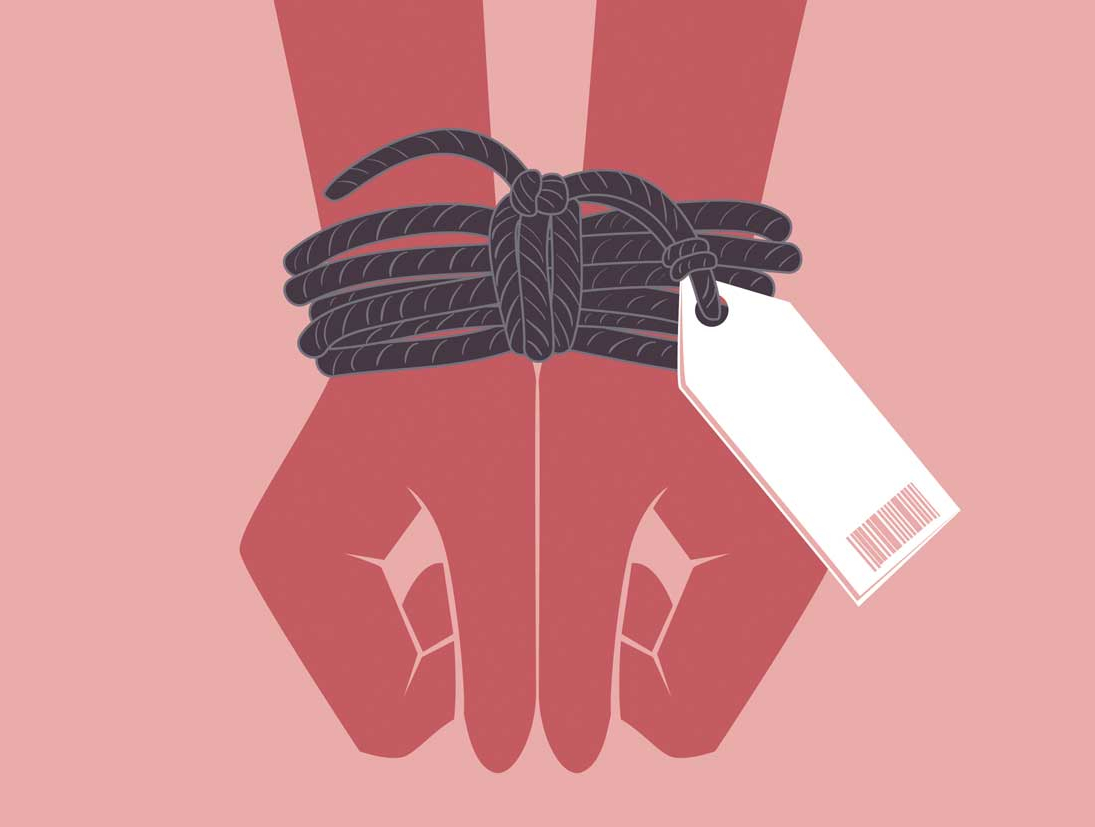 The Pope, Amma and slavery

The org made a big fuss about Amma meeting the Pope Francis at the Vatican in 2014. What was the occasion? The historic initiative to eradicate modern slavery and human trafficking by 2020. It was the opportunity to have a photo taken and mention for all times that even the Pope met Amma. (…)
What was the real purpose of her visit to Rome and her taking part in this international meeting? 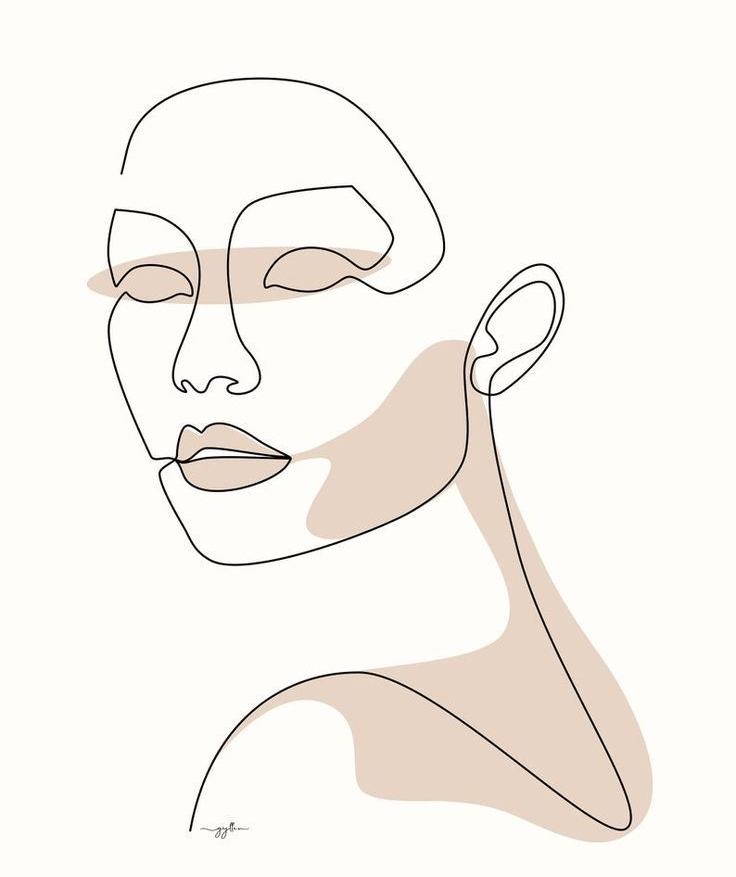 The Holy Mother of Patriarchy

a critique of Amma’s discourse on gender

One of the founding discourses of Amma’s philosophy is the one on gender, the role of women and their empowerment. She gave this speech on the occasion of the reception of the Gandhi-King Prize in Geneva in 2002. The ten-page discourse is replete with contradictions and seems like having sprung from a male brain not super sharp on the gender thematic. Let us have a brief peek into its logic.